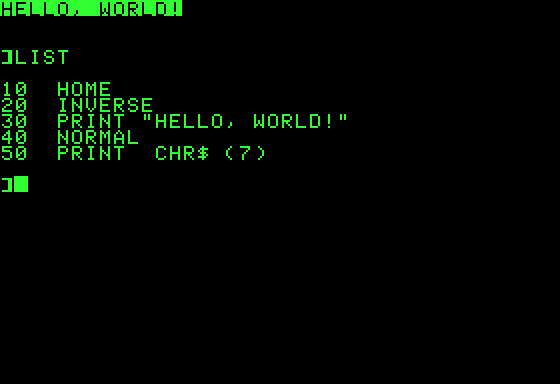 It’s amazing how the smallest comments can have large impacts on ones life. I once spent hours coding and then just I simply quit. The year was 1987. I  stood as a scrawny 6th grader in fron of a class getting ready to demonstrate a progam I created in BASIC.

The computer I used was a few years old (1983-1984ish). I am not sure of the brand. My father got it has a hand me down from a neighbor.  We called it a PC compatible. It had two 5 1/2 inch floppy drives and you had to use a separate boot disk to start the computer.

When I moved to Pennsylvania from Texas I took to the computer and began to teach myself BASIC and DOS. I had these manuals you could use as self teaching guides. I was so proud of my program. I created this code that allowed the user to generate a number at random. A spaceship would then scroll up the screen based on the number you rolled.

I thought it would be great to show the program when we had to do a demonstration speech in 6th grade. My father dragged the computer up the stairs of East Ward Elementary school and I set it up. Lets just say I did not get the reaction from the audience I expected. Hours and hours of writing code were reduced to a thrity second demo.

Then a student ( who will remain anonymous) ask why I did not use a particular component in the computer or a different language. I remember not even knowing what he was asking about but for some reason I felt defeated. I assumed I would  never know or maybe never afford. Who knows, but on that day I gave up.

That was the last program I ever wrote. 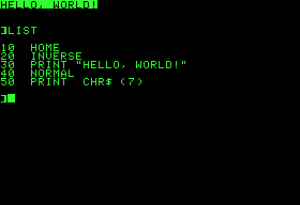 Instead in middle school I discovered social computing. I would troll Prodigy and find interesting things. I got my hands on computer files that taught me how to make free pay phone calls, remove the scramblers on cable boxes for HBO, and other nefarious activities.

I did not take computer programming in Junior High or High School. You had to take computer science first before programming which would teach PASCAL. The pariah status I felt in 6th grade and the social pressures of middle school, combined with memories of reformatting spreadsheets kept me far far away.

I began experimenting with HTML as a teacher when I needed to create my own websites. I realized the joy I remember having in searching for patterns on code. I could stare at the source code of pages and see poetry. There was alliteration in those lines.

Still I could do just enough to mess up websites.

Then as part of my PhD work at the New Literacies Lab I had to learn some basic XML. We were creatign a simulated internet and these ran on xml scripts. I didn’t do much more than changing timing, texts, and dimensions but I found it enjoyable.

Just recently, like last week, I took my first stab at moving from HTML to CSS. You just cannot use HTML tables anymore for the mobile web. I had to learn some CSS. I was able to name and make a few objects and even made them float.

I have ideas. I want to see them come to. I just wonder if my time should be spent learning to code. I registered for #CS50 Havard’s MOOC for coding but haven’t gotten past week one.

I wonder if I should just be an idea guy. Should I instead look to work with programmers and instructional designers to develop my ideas?

I do see poetry in code, but poetry is hard.

One response on “The Day I Quit Coding”