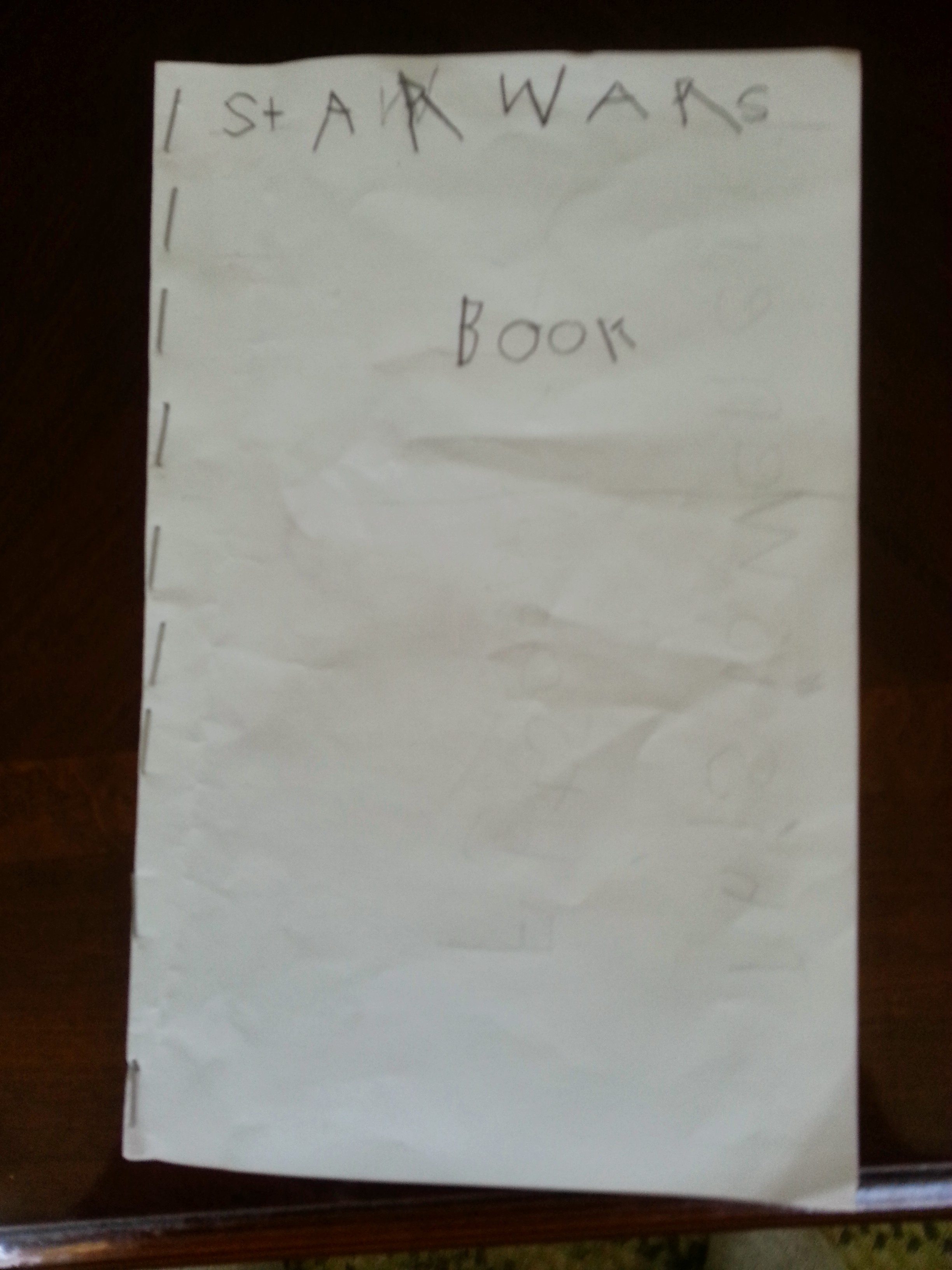 I often find myself searching for the boundaries of texts. Where does authorship begin? Does meaning reside, as David Coleman author of the Common Core State Standards quipped, “Only within the four corners of the text?” Or as my post structuralist friends suggest, “Do the boundaries of the text bleed into the world?”

This internal debate, one that has existed in the field of literacy and literary criticism for decades, has come to forefront as I watch my own children learn to read and as I reflect back on my own childhood experiences.

This week for the MIT course on creativity we had examined the foreward to Seymour Papert (1980): Mindstorms: Children, Computers, and Powerful Ideas called Gears of My Childhood. Papert recalls his loves for cras and how learning develops as a layered cake of simulations of past experience driven more by emotion than just logic or concrete memory structures.

Thus the “laws of learning” must be about how intellectual structures grow out of one another and about how, in the process, they acquire both logical and emotional form.

I am thinking Papert’s law of learning could also be called the “law of texts.” This fiat played out through my childhood and now I am seeing it evolve in how my children learn to read. Especially when the stories come from ” A long time ago in Galaxy far far away”

My passion for Star Wars  parelleso Papert’s love for cars. (I did not engage in too much tinkering as a kid. The tinkering I did do used “recipes” I found on the early Internet for stuff like black boxes or my tinkering required  ingredients such as salt peter that I will not share here).

Star Wars though united me with others. I will never forget being on the road with my father in Little Rock, Arkansas triyng to find Empire Strikes Back playing in a theater. It was either sold out or we were looking for second or third runs. We never found it and I threw such a fit when I had to go catch a little picture called Time Bandits ( a serendipitous accident that I will save for later).

I also shared the passion with my brother. Long after the trilogy was released. Long after Santa didn’t bring me a Millineum Falcon. Right around when the Thrawn trilogy was released we began scouring Flea Markets and collecting the toys (destroyed when our basement flooded). We would ride our bikes a few miles into town to stop at the Downingtown Farmers Market. A strange collective of Amish farmers, Diggers, skinheads, comic book guys,  and Pickers. The market is gone, bulldozed under a Home Depot I think, but I will never the joy of finding a mint Jawa with cape and and all for nine dollars.

I now see this passion in my sons. Take a look at the first book my fiver year old ever wrote on his own. He wrote a retelling of Star Wars. 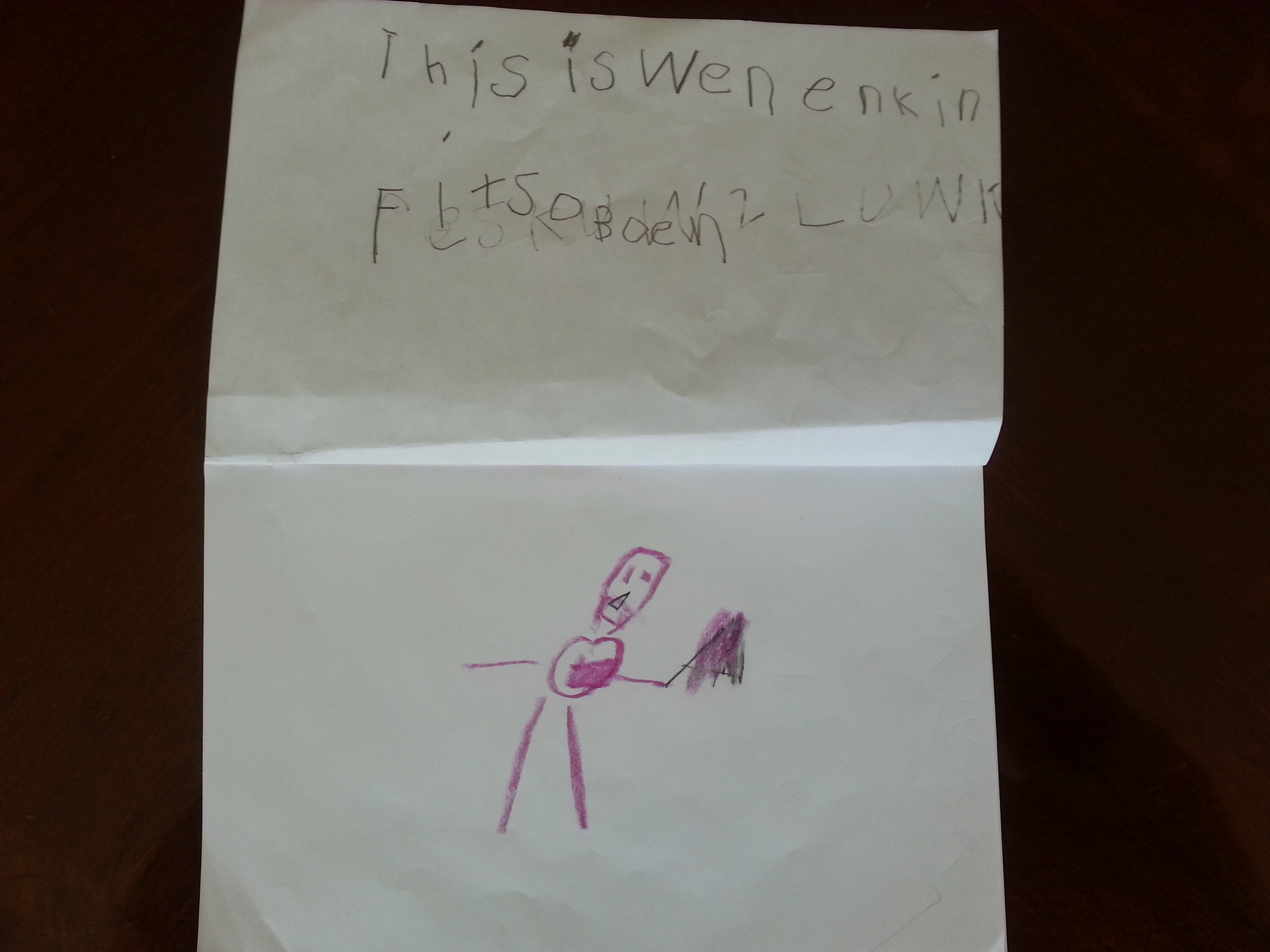 He started by writing, “This is when Anakin saved Luke.” I said, “Anakin doesn’t save Luke.” My son responded. Yes he did. Once he decided to help Luke by killing Darth Sidiuos he became Anakin again.”

His first book he wrote  retells a tale that is old as me. It also draws so heavily on the hero archetype in Western tradition (think about it Luke Skywalker, Harry Potter, Hercules, pretty much same character) that the story spawns millenia.

Where then are the boundaries of the text? Can we separate literacy skills from logic and emotion?

Funny thing, I did not push this passion. I tried to get him to watch the trilogies, but it was not until new friends in a new town sparked his passion that the journey began.

How he learned to read and write  spans massive  time period. His literacy skills also have more to do with play than with decoding. Each day after school I am regaled with tales of Star Wars adventures in kindergarten. They all have assinged characters. Luke, Anakin, Obi-Wan, Mace Windu, Qui-Jong Jinn all run around the playground together.

My recognizes some words wihout decoding through play such as opponent, alliance, separatists. We know the understanding comes more from what Papert  said  is “emotion than logic.” The kids draw from multiple simultations that replay in their heads not any set cognitive structure.

Literacy comes more from play than from phonics.

For my son and I  our passions changed  based on the stories we were  told. Even though I did not poison m son with the prequels before seeing the trilogy he has come to know Anakin as a character, an achretype. The fall of Anakin is more central to my son’s story and for me Anakin is  still a bad memory of waiting in line and even worse memory of leaving  a midnight showing of The Phantom Menace.

Yet our tales, our stories, are connected as if the text of Star Wars surrounds us and penetrates us. It binds the galaxy together.