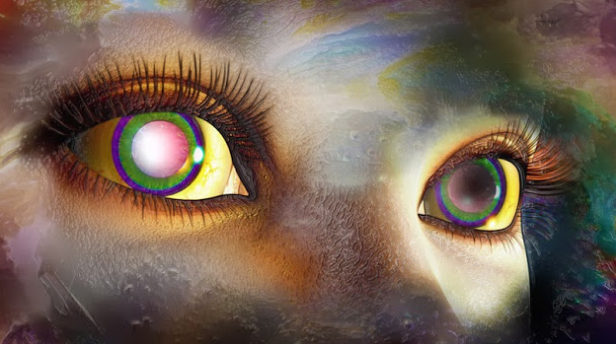 Writers take risks. We hide our dreams and amplify our misgivings in the open; in our words. As a teacher of those who teach writing I want to take the journey that I encourage others to endure. So I share my poetry from #walkmyworld. It is not to simply enough to model the writing process. We have to be the writing process.

We began #walkmyworld with a purpose in mind: to use poetry so people could see how we name our world. We wanted you to explore the layers of power and meaning in the act of naming.

After deliberation it was decided to  clothe these goals in the rich fabric of Robert Hass. Hass’s work, especially how he used his world to illustrate that which is named and unnamed, captures idea that writing is a vessel for perspectives. Hass explained,

I live in my place and live my life and write about my subjects, whatever they turned out to be–love, grief, the nature of things, the nature of our nature, the riddles of existence–and drew on the materials of my place as the idiom of that expression, then that would be the kind of environmental writing I’d doI wanted to collect the poems.

I am new to Hass, but have quickly fallen for the complexity of his simple observations. When Hass describes the natural world I find myself being taken to the limits of language while finding unchartered depths in the most literal of meanings.

So I have tried to experiment with his form, or at least try explore my identities, “in the place I live my life.”

The first poem was based off of Letters to a Poet:

our stoop, Rodin’s Rock
contemplating questions
that need no answer
Watching waste flow
Traversing and twisting
to a retention pond

Do our questions follow?
Inquisitions of adolescent angst
Unnecessary, irrelevant already asked
seeping into the soil
allowing the skunk cabbage to sprout﻿

The next poem built on the dialogue in “Seventh Night.” Except I tried to capture the same effct with an internal dialogue

They are all signals. Its about
Balance. Outreach. Contacts
Finding it hard to function when not
in crisis mode
Refresh. A new window. How
can thinking be so in situ? So
outside when I spend so much time
in mine?
Thinking in the cloud.
A band-aid. The glue holding
my code together
Yet when I think. I mean really
Ponder, write. I grasp for my pad
Scribbling. Often illegible; yet so critical
Connected thoughts lost in an
unbroken chain of incomplete links
pulling it closely, Holding tight.
Signals﻿

The last poem was also based off of “Seventh Night.”

This time I tried to imagine a conversation at the end of an event that was filled with antithetical statements:

The final note glistened from the ceiling
mocking me
hanging in the air, perched in the rafters as
light floods the room with the
color of thunder. The
masses rise in a cacophony
of silence and he wonders,
wonders as worker bees draped in black
pour from the darkened and dusty curtain which is
stained with past dreams and passions.
Its ruffles witness to the rise and fall of many.
They scamper and he wonders,
wonders if they are more of a collective thought
collapsing tresses, snaking
wires to only hit the road one more time. To travel down
north for that final curtain.
And then he stood to join the herd and he saw her.
Recoiling at first, fearful of a glitter bomb
Her thoughts as scattered as the strategically placed patchwork stitches on purposefully disheveled clothes
“I brought you this,” handing over the sticker, “I have been waiting to meet you.”
“Knowing someone out there owned this sticker.”
“I can find my center, get lost in place, hold in the energy so I can set it free,” I replied my eyes hiding back an exhaustion for desire.
The masses pushed on as burnt sage brush chased misplaced spirits
through a wash of middleclass deficiencies. She continued, “The tension built tonight, so peaceful.” He glanced, wary of one last drive not sure another rider was needed, or wanted.
He said, “Yes the tight spirals and sprawling sounds left me trapped in open space. She looked inquisitive, “Yes an empty space but so full of vibrancy as if the lillies themselves sang to the heaven.” She glanced down at her feet, uncovered and unkempt
the dirt of the chosen poor, and said, “atonal soloing flooded the fog laden synths” and he said,
“Yes misplaced wanderings along the fret quickly slapped down on the bass.” She flirtatiously danced in what little space the masses afforded and said, “I know. The notes were so tight I felt lost so many times.
The doors open and they squeeze by.” Is the strip deserted, shakedown dead?” On horseback and in riot gear, the law was peacefully shuttering economies of size.
She glanced up, height level with steam pouring from a majestic nostril and said, “I guess it is time for the leafs to turn,” and with that he fell off his axis. Only to head north, just one more time.﻿