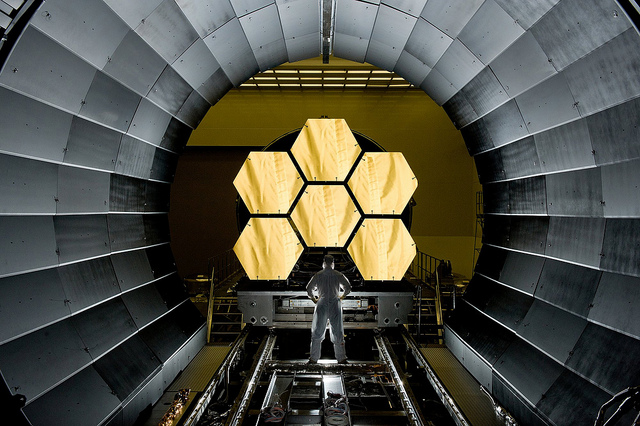 It began with a dinosaur.

As part of #walkmyworld we were asked to consider our mirrors. I am going to try to keep hacking at Palindrome Poems but they are really hard. Instead I turn to Mozilla’s efforts to #teachtheweb. Way easier than poetry…..

On November 19th, 2011 my journey as a Mozilla webmaker began. I attended a #hackjam sponsored by the National Writing Project and organized by Andrea Zellner.

So many wonderful people were there: Paul Oh, Melissa Techman, Ian O’Byrne, Chad Sansing, Nate Otto (maybe…somebody was there snapping lots of photos…it may have been Trent Kays)

We were attending the NCTE conference and found a coffee shop with free wifi for an improv hackjam. Andrea threw it together quickly on Twitter. The learning lasted but the wifi didn’t. Either way I became enamored with the tool and the hackasaurus mission

Thus my journey began. I quickly joined the Hackasaurus Google Group and that summer I organized my first hackjam at the Massachussetts New Literacies Institute I used to organize.

I got involved in the listserv and started posting and sharing ideas with Atul and Erin Knight. Still I knew little of the overall mission and efforts to develop Web Literacy (nor of @toolness ability to make really cool stuff).

At the same time Ian began to dive deep into badges…real deep. It began when we asked Dan Hickey to serve as discussant on a session we organized  at AERA about assessing learning on the web. Dan basically called us out for our positivist reductionist efforts to only assess the residue of learning.

Ian went full force into the badging research and spoke at length of the importance and future of badging. So much so that I and the organizers issued him this NSFW Brevity badge for discussing badges. Meanwhile Doug, Ian, and I followed similar research paths in our dissertations (we jokingly argue about who first relied on the tired  alliteration trope  of C’s and digital literacy first ….update I win).

When Doug switched primarily to the web literacy map we followed. Ian more closely than I until recently.

At first I hung out on the peripheral of the web literacy map development. My teaching schedule for the first year never allowed me to join the calls.

This was also at the height of Google+ when there was more than seven active users (for you Roz). I would reply to Doug’s queries there. We debated the use of nouns over verbs, the role of synthesis (an issue I am still pushing today).

Doug, once again great work. Though I think the web standards still fall a little short in capturing the complexities of making meaning in online spaces. Yes navigation is central, and a good predictor of those who succeed during inquiry tasks, but there is much more the standards do not capture. for example the reading of multiple sources, external storage systems (notes,Evernote, etc), remixing knowledge old and new are not really reflected.

I can’t wait to see and help the project unfold.

Me as a Mentor

Meanwhile I was actively trying to align my teaching and learning with the Web Literacy Map.Ian and I felt it was important that the Mozilla Foundation’s Web Literacy effort get coverage in traditional academic channels. One this would legitimize and spread the word in formal learning spaces; second the academy is filled with great thinkers by design.

We began to write and publish about the web literacy map and used our role as Area Chairs of the Literacy Research Association to sponsor Doug coming to speak to movers and shakers in literacy research.This semester I am on a research fellowship. One of my three goals is to conduct research and learn in the open on the Web Literacy Map. I want to do research that helps communities and not just citation counts. Relevance and rigor in research to me means making a difference.

Me as a Webmaker

I have been thinking about how to represent my open research work on the map. Sure the map will stand on its own but what did I learn during the process?

I am thinking (I know its a lot of me but this post started with a mirror metaphor so bear with me) that I should try an auto-ethnography. In my process of learning how we should teach the web I am learning how to build the web.

The more involved I get with the Mozilla #teachtheweb community the more skilled as a webmaker I become. I would love to trace my learning.

A year ago I still styles HTML using tables. It was the only way I ever knew how to make pages look the way I wanted. Now I am customizing CSS and playing with animations. All of this was made possible because of webmaker.

I don’t have much ethnography experience and zero auto-ethnography (can this be done after the fact?) but my journey captures the networked learning that occurs in open spaces. It is as much social and interest driven as it is skill determined. I learned by doing and teaching. I taught by doing and learning.

When I project my future reflection I have two hopes that start to materialize in the vapor. The first is connecting the webmaker efforts with GEAR UP. This organization lives at the corner of formal and informal learning spaces and is committed to bettering the lives of American youth who may not otherwise make it past high school.

It is a perfect fit for Mozilla’s effort to #teachtheweb. It is also a perfect match for Ed Partnerships which oversees the GEAR UP program and recognizes the importance of STEM education.

This reflection is just starting to show up (reading the HIVE Cookbook) and may just be my mind playing tricks on me but if I look hard enough I might see this reflection in the mirror some years from now.

I imagine a partnership with SCSU, YALE, CRISP, NHPS, libraries, and businesses. We are building a lab school on campus I could see this outreach program baked into the school as a community HUB.

Both of these goals would take a strong effort for this reflection to become reality. Like all future reflections the mirror may crack or the light may shift before the future becomes reflected in truth.

One response on “Mirror into the Future: My History as a Webmaker”