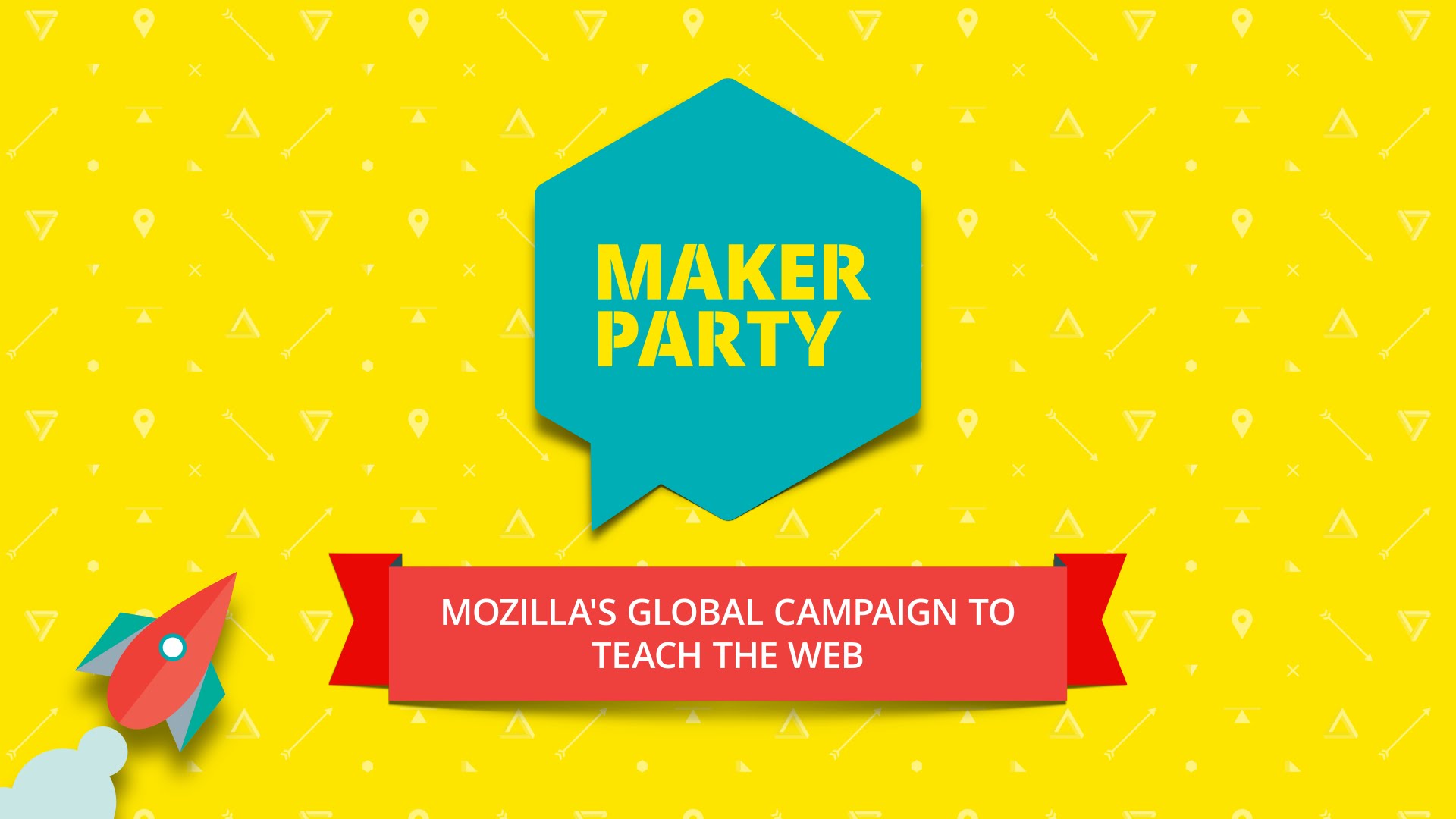 We went from the courts to the code. It was hot. Real hot. Melt the soles of your kicks hot. So many of the Youth from the Gear Up New Haven Summer Academy retreated indoors during their self-selected learning time. 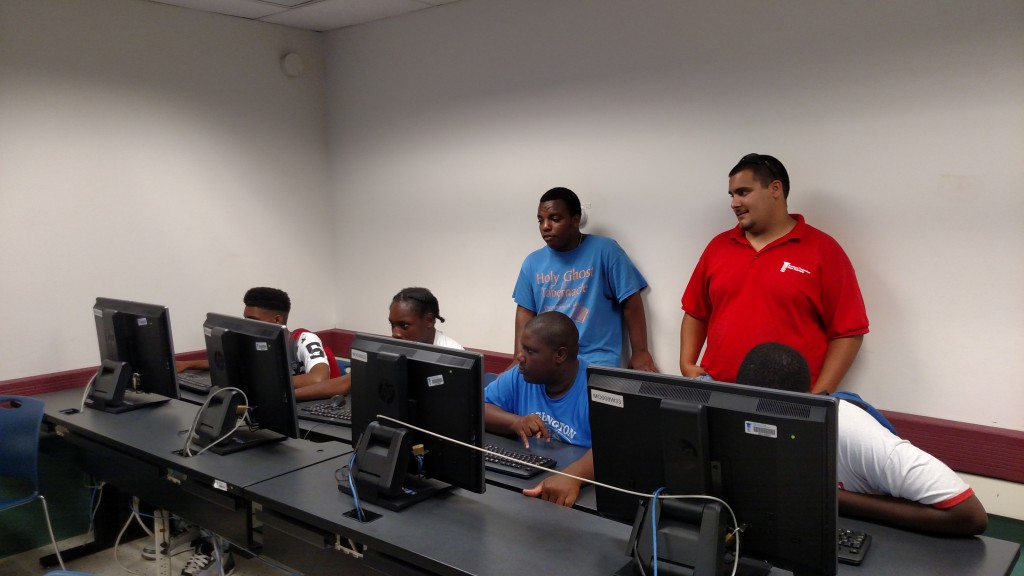 I decided to take advantage of the over crowded activities (and the superior air condition of the computer lab) and throw an impromptu Maker Party.

I rounded up the volunteers. I was a little saddened when they were all boys. The most talented coder in the class chose to stay and read her novel. Equity does need work it. We do not need to simply open up opportunities for females but make our environments welcoming.  I needed to be more intentional in the set up of my Maker Party to make it more inclusive.

I stole an idea from @soapdog and first had my students discuss how the used the web and what they wanted to do with the web.

Overall the participants all wanted to do more with the web than simply watch videos. There was a strong call to learn more about video production.

We focused on basic HTML and CSS by completing make-a-meme and the comic strip creator remixes.

The first activity was Make-a-Meme. The students got right to work. Especially when they realized they could use the memes to “tease” each other. The students were quickly Googling deadpan insults, making memes about sports teams, or cheesy pick-up lines.

This get back to the need to make learning spacing more inclusive. I wanted to to push them into interest and away from insults so we left the meme-maker behind. After I left them with this:

We then played with the Comic Maker

The participants started to dig deeper into their own likes and began to customize their makes based on peer culture. 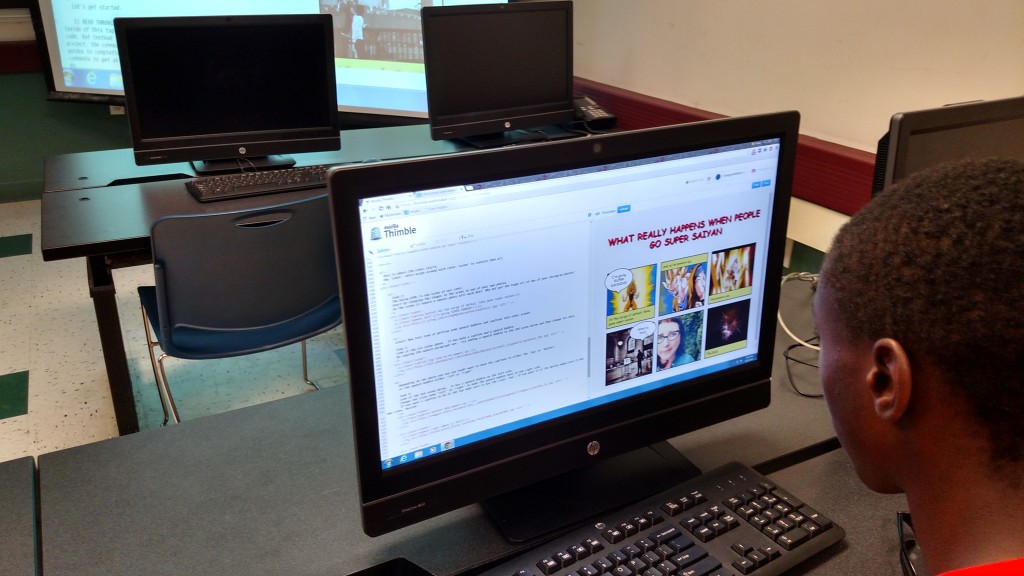 All of the participants who came to #MakerParty were excited to design something for the web. They could not contain the excitement of knowing they had published to the Web without using Facebook. This was their code. Their makes.

Ideas are hard. We lost a lot of time as folks had to “think” of a meme or comic strip idea. Paper based storyboarding is essential. Having them sit down with an idea would have allowed me to focus on the code and not the content.

Overall it was a successful Maker Party. I am hoping the participants take their new skills back to their school and help me launch local clubs in their hood.