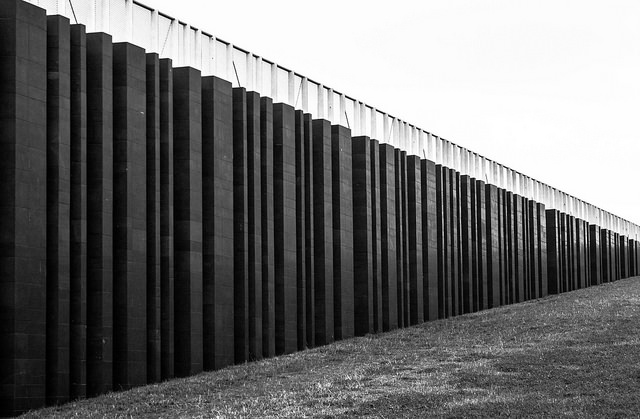 Barriers do arise in schools. Many students live behind walls, both real and imagined, dictated by the needs that survival necessitates. 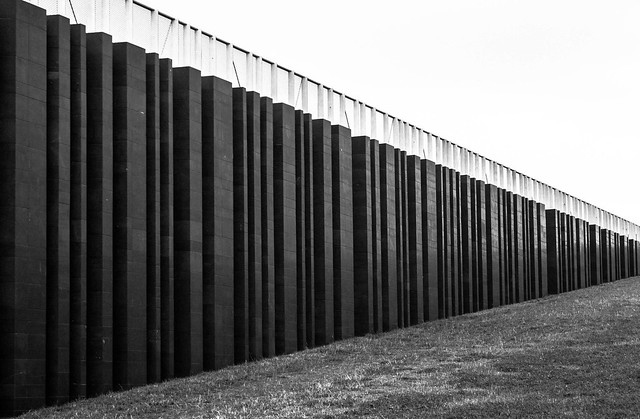 Words and meaning have power,  and this makes learning a political act. School should never be done to students rather students should do their learning on to the world.

I truly believe we have education backwards. We strive for college and career readiness hoping to grow GDP with a flow of technical workers as means for civic contribution. Instead we should worry first about community and civic readiness. Then, and only then, will college and career follow for those who have been robbed of their agency and culture.

When students leave schools wanting to make communities a better place they engage in literacy practices steeped in academic discourse. When kids see how they can “get theres” by being an agent in the world many realize life requires learning beyond high school.

Community, as a thread, permeates Maisha Winn’s retrospective on her research. In Exploring the Literate Trajectories of Youth Across Time and Space Winn described a series of ethnographic studies that draw heavily on the socio-cultural work of Heath and the literacy as action found in the work of Cole, Gutierrez, Lunsford,  Smagorinsky, Street, and many more. Winn first described out of school spaces for learning and then either found similar spaces or  applied these lessons to more formal learning spaces.

ADPLCs, as literacy or literary-centered events outside of school and work communities that combined oral, aural, and written traditions through an exchange of words, sounds, and movements that privileged a Black aesthetic

She then describe many of the tenants of learning found in socio-cultural views of learning. Lately, and I think too often removed (or maybe all inclusiveO from their theoretical base, this framework has been labeled connected learning. It is interesting to see Winn draw on many of the same principles.

Like other open mics, POSA, is an invitation to both novice and seasoned poets to share their writing in a space that promotes reading, writing, thinking, and activism, as well as collabo- ration among elders and children. V.S. Chochezi and Staajabu, the mother daughter poetry duo also known as Straight Out Scribes (SOS), begin with saying “hello,” in several languages punctuated with a decidedly urbanized “What’s up!”

concept of “sociocritical literacy”—that is a “historicizing literacy” that privileges the lived experiences and legacies of participants—provided the much needed space to analyze the activities of both classes against the backdrop of a history of Black poets and writers.

unapologetically sought to incorporate a Black aesthetic into visual and performing arts along side the Black Power Movement, which advocated self-determination and self-definition among Black Americans

What is interesting is this Black aesthetic, as of all  American History greatly influences our cultures. You see this in the rise of hip hop culture. I actually stumbled into a similar space for learning in Cambridge, MA.

What made the ADPLC a space where learning thrived was community and a shared purpose.

Winn then described a few formal learning places that drew from the same history and values of the out of school places. Once again community came first.

When describing one classroom Winn wrote:

These student poets used the Power Writing circle to build community while reading original compositions aloud in an open mic format, much like the venues I observed in Northern California, and engaging in giving and receiving feedback. In the context of these literacy communities, Poppa Joe and his guest teachers taught by modeling.

Culturally responsive classrooms were also central to the Winn’s thesis. Yet she noted these were often hardest for classrooms. Winn and Latrise P. Johnson explored culturally relevant pedagogy. They describe how it means much more then reading a book with a black kid on the cover.In fact Winn notes that the most successful spaces drew on student lives:

used the material of students’ lived experiences, such as disproportionate contact with law enforcement and police brutality, as resources for rich dialogue and their struggle to translate the dialogue into writing

As Peter Samgorinsky pointed out recently on the XMCA listserv this work reflects recent scholarship by David Kirkland who detailed the many powerful ways black youth challenge dominant narratives.

Winn points out that it is the arts that are the dominant path to having students write their own story on to the world. She noted:

I also learned how theater arts builds community and supports marginalized youth as they build and sustain literate identities.

Literacy instruction is identity work. It is political. The question was posed on the XMCA listserv about recreating these experiences in the classroom.

Anna Aguilar noted a memory of a teacher creating a Zine. Smagorinsky stressed the role of coaches. I couldn’t agree more. We need to realign schools so that students are empowered by designing the community. I was intrigued by this idea in the listserv:

For Ilyenkov, language is not the ideal, but its ‘objectified being’, its material form. The ideal does not exist in language for Ilyenkov, or in other material phenomena, but in forms of human activity.

In many ways writing instruction must be attached to a human activity. Technically it already is an activity but it is one students are forced into and motivated by exploring new identities in memes or engaging in coaching relationships such as in Soccer.

[How do we] better understand how the special teachers, those who were involved in
local community literacy practices/values/histories, managed to include
them in their public high school classrooms with all of the rules,
regulations, standardized testing, etc. that is involved.

Does such boundary shattering require exceptional people?
or perhaps

What are the boundaries to such boundary shattering??

These efforts do take exceptional people. They also require us to challenge the boundaries, such as limited views of literacy.

Our fascination with accountability reform is at the heart of ripping away what Winn values. Kirkland, as Peter points out, notes how limited assessments of what counts help to dissuade youth as school is done to the them.

Winn wants learning done onto the world. As Michael Glassman (again on the XMCA listerv) noted Papa Joe and Mamma C did more than teach language arts. We must recognize community where ever it exists.

Another barrier arose around accountability based reform and that is the removal of the arts from schools. Content rich instruction and arts that allow students to do the identity work necessary to be civic and community ready.

Can these exceptional teachers exist. Yes. Are they rare. Yes, that is the definition of exceptional. Are they only found in school? No.

4 responses on “Breaking Barriers of #ConnectedLearning- Reflections on Maisha Winn”