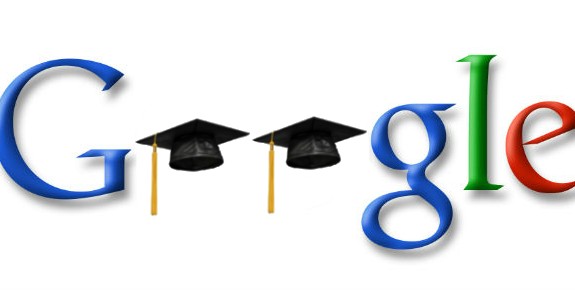 Much of the focus on the Common Core State Standards revolves around the idea of college and career readiness. In fact the anchor standards describe what the few authors of the Standards believe students need when graduating high school.

What if these “educational” experts got it wrong? The standards largely paid for by tech dollars from The Bill and Melinda Gates Foundation put a large emphasis on drilling down into the meaning of specific texts and arguments as a method to raise GPA and test scores.

What if those grades and test scores do not matter? According to Google these metrics have little to do in predicting “career readiness.”  In a recent article by Max Nisen (which I first came across listening to TWIG 238) he documents an opinion piece by Tom Friedman explaining  why Google has stopped putting emphasis on GPA, test scores, and attending elite colleges in their hiring practices.

Google, masters of big data, have spent years pouring over metrics of what makes a good employee. I worried we may miss some key attributes of skills needed for the information economy in the CCSS . So I decided to take a closer look at the anchor standards using the attributes Google wants in “career ready” employees.

According to Google people with the ability to problem solve on the fly make better employees than those with high IQs. You need to be able to find information, in many disparate places and piece together solutions.

How will the anchor standards, which do address some of the attributes Google looks for, translate into classroom practice? I worry more about the grade level expectations and how they will translate into curriculum. Will classroom teachers create environments for students to struggle with ideas and problem solve with disparate texts? Does the collaboration called for in  the anchor standards for speaking and listening exist today?

When I go back and re-read the publisher guidelines sent to textbook makers I do not see opportunities built into pre-packaged curriculum for learning on the fly. Instead the focus seems to place all meaning within the text and stresses the role of individual learners. To me this reinforces the belief that grades and test score are all that matter in being college and career ready.

I next turned to the math standards. Once again I found promise in the standards for mathematical practice. Studens have to persevere in problem solving, reason both abstractly and quantitatively, and construct arguments (plus a few more see the standards for more info). I still wonder how these standards of practice will translate to classroom practice. I appluad the greater emphasis on numeracy as a tool for making meaning and arguments but I see the large focus in most schools I work with on simply models and precision.

Google also puts less emphasis on traditional leadership like being president of student council and more on emergent leadership. They define this as being able to seize opportunity and guide others during problem solving.

Once again on the fly learning and teaching while working collaboratively. Where does this “career ready” attribute fit in the #CCSS anchor standards? The closest the anchor standards come is the first anchor standard for speaking and listening:

Prepare for and participate effectively in a range of conversations and collaborations with diverse partners, building on others’ ideas and expressing their own clearly and persuasively.

It is not a perfect match. I prefer NCTE’s framework for 21st Century Learning. To me the idea of being able to work and lead  a group to solve problems through multiple pathways of knowledge is the critical skill students need.

What do schools need to do?

Focus on Assessments of  Future Learning and not Past Learning

A large emphasis by CCSS supporters, rather than the standards themselves, has been placed on a curriculum richer in content knowledge. In many aspects I agree. After a certain point the best way to increase reading comprehension and thinking in general is through the building of background knowledge.

Yet I also wonder, and study, if the role of background knowledge is changing. Maybe the future founders of the next Google can acquire prerequisite background knowledge on the fly. Schools need to build assessments, and the learning around these assessments that examine how well children can assemble knowledge from varied sources across diverse media on topic they know little about.

Much of the attributes Google looks for in “career ready” employees focuses on abilities in the moment. In both knowledge and leadership they look for fast problem solvers. How many classrooms reflect this type of environment well?

I am guided here by the work Rand Spiro has done with Cognitive Flexibility Theory. Spiro argues that students must criss cross ill-structured domains of knowledge and avoid rigid mindsets that cause errors of oversimplification. Much of this should be done through case based simulations.

I worry that CCSS, and misguided implementation by schools,  may emphasize rigid mindsets

I also believe that Problem Based Learning is more critical than ever. I am the first to admit I never taught problem based learning well or even at all. Yet looking at the dispositions wanted by tech giants I cannot think of another approach that would build these habits in students. We have to allow for: